Prime Gaming, Amazon’s subscription service that gives members access to a number of titles, has quietly launched in India. The company began testing the service in South Asian markets a few weeks ago.

Amazon Prime subscribers have access to the gaming service, which includes mobile, PC, and Mac games, as well as in-game loot at no additional charge. Several brand-new titles are added to the service each month by the e-commerce group. 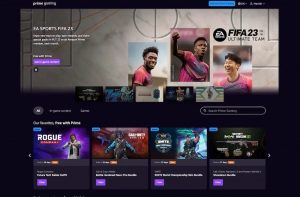 A certain demographic in the South Asian market finds Prime Gaming even more appealing than Amazon Prime, which costs just $18 a year. According to Rishi Alwani, a long-time industry analyst at Pune-based gaming upstart SuperGaming, it could also have a “fascinating long-term effect” on the Indian PC gaming ecosystem.

“It exposes Indian PC gamers with Prime subscriptions to a variety of content they might not have gravitated towards otherwise. Generally, Indian PC games are value-driven, with big-budget AAA games like GTA 5 or free-to-play shooters like Valorant dominating the market. “Prime Gaming offers a variety of genres and titles that many may not have considered, including Brothers: A Tale of Two Sons,” he said.

“Throw in in-game content for popular titles like Modern Warfare 2 and Apex Legends and it’s pretty obvious that Amazon India is at that phase where it is looking at gaming to retain its burgeoning Prime subscriber base.”

The company did not immediately respond to a request for comment.

How to Avoid Overpaying for Locksmith Services

Top Benefits of Stamped Concrete for Your...